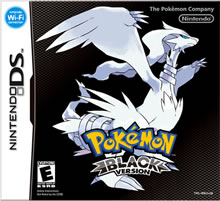 okemon Black and White is the latest pokemon game on Nintendo DS. The game is really amazing and it is suitable not only for kids but for adults also. 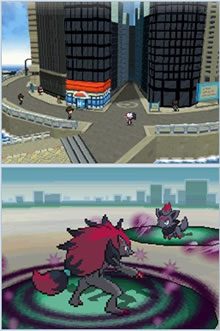 One of the new pokemons is Shikijika, the deer pokemon.  This pokemon is really cute and it changes its color depending from the seasons. Shikijika turns pink when spring, green when summer, Orange when fall, and Brown when winter.

Aside from Shikijika, other new pokemons are Bakucho the swan pokemon, Imomushiba the bug pokemon, Darumakka, Emonga, Gigaiasu, Moguryu, Doryuuzu, and Basurao and many more.  These new pokemons are cute but strong and there are new changes in pokemon’s growth too. On the previous games, growth only increases the special attack.

Now, the growth seems to raise the special attack and the normal attack by one stage.  Another new cool stuff about this game is the pokemon transferring machine.  The pokemon transferring machine is used for transferring pokemons from diamond, pearl, platinum, and HeartGold & SoulSilver versions to pokémon Black & White versions.  In this game, there are pokemons cannot be used in a normal game play. Zurua and Zoroark are the event exclusive pokemon and they can just be used in a certain event, not in a normal game play.