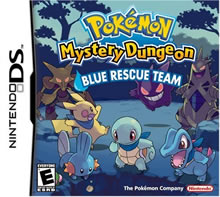 Pokemon Mystery Dungeon: Explorers of Time and Darkness are pair of Pokemon games are designed for the Nintendo DS. This title includes new features like improved Wi-Fi, and touch screen which is modified with more options than previous Pokemon game.

Like all Pokemon games, player plays the role of a human who has magically turned into a Pokemon. Player can also select a partner Pokemon which is mentioned as “the partner”. There is no restriction on selection of player and partner on the basis of gender. Player can choose from 16 different Pokemon as his character and his partner is also selected from this list, though player and partner should be different Pokemon type. 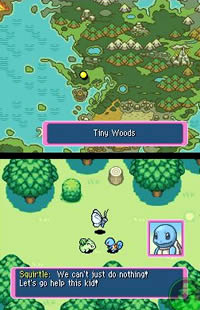 Player completes mission by getting into dungeons. During this mission, if player or his partner runs out of health then the player is defeated, and his team will be removed from dungeon as well as all the money earned will be lost.

Old concept of sending an SOS by player if they are defeated in the dungeon (limited to some dungeons only), which is done either by password system or by DS Wireless Communications  is included. In addition to this, Nintendo Wi-Fi Connection is also introduced where players may choose to be notified by friends if they need assistance by e-mail or through Wii message board and can temporarily send a team member to aid a friend if he needs according to which a team can have more than 4 members.