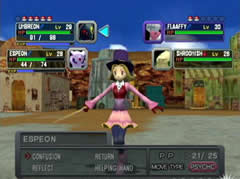 Pokemon Colosseum is the first Nintendo GameCube avatar of the Pokemon video game franchise. This game comprises features of both main handheld games and Pokemon stadium video game series. It is also famous due to its darker storyline as compared to other Pokemon games.

Pokemon Colosseum gives more importance on the Pokemon Stadium and Pokemon Stadium 2 than to the non-RPG aspects of the game e.g. it doesn’t has mini games nor it has Gym Leader Castle/Tower. It is first full 3D Pokemon video game with an RPG mode and unlike previous Pokemon games (Pokemon Stadium) it doesn’t allow the player to use the rented Pokemon. This feature is included as Pokemon can be obtained in the RPG mode so almost all the features of game can be used without a Game Boy Advance Pokemon game or rentals. 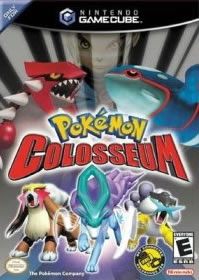 This title allows player to capture Pokemon that couldn’t be captured in the Ruby/Sapphire games and this game also features true full 3D role playing game mode which brings Pokemon battles to life.

In this game; player can snag other trainer’s Pokemon without using cheats. Shadow Pokemon are also included in this game which are those whose hearts have been closed artificially and trainer needs to train these Shadow Pokemon until their heart becomes completely white and then it can be used by trainer for battles. Pokemon Colosseum Rom® Download roms for Dolphin emulator.

It features two modes - Battle mode and the Story mode. In Battle mode, player can battle against the computer or friends in full 3D. Tournaments can also be played in this mode.  And in Story mode, player explores the world of Pokemon.